Going into this series, I was a little skeptical. I assumed that it was just like every other YA novel. Yes, it has similarities, but it also had beautiful little nuggets which captured me. If you’re interested, here is my review of Red Queen.

Again, it had some beautiful pieces. And those plot twists. Wow, some of those really surprised me! A few were foreshadowed by little phrases here and there – some more obvious than others. In a few cases, I thought, “Seriously? Just leave that phrase out.” I actually love it when something happens that wasn’t predictable. (Within reason of course.)

A trope which is present in this series and that kind of bothered me, was the whole friend from childhood who is in love with heroine. This happens all the time (ie. Hunger Games, the Selection, and Immortal Instruments). It can be done well, but to me, it’s just been used too many times in the last ten years. 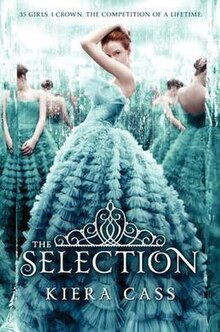 So let’s move on to Mare. In this book, Mare’s character becomes quite dark. It was depressing, but at the same time realistic. Someone doesn’t just go through all of that without being affected. I liked this conflict because heroines are often presented as strong and invincible and good, but it was hard to read. I kept thinking, “No, Mare. Don’t do it.” Still, though, these flaws gave her a color that is not often seen.

“No one is born evil, just like no one is born alone. They become that way, through choice and circumstance.”

The writing was pretty good. It was rather boring, though. It was the facts with a few tiny flourishes here and there. This style did work since the focus was on the story and action. However, I like it when a book is a piece of art, when it is a tapestry of beautiful golden threads.

This was not a really a clean read. Although there are no explicit scenes, the characters do sleep together.

As for book #3… I’m not sure I’ll read it. The ending of this one left me tired of meandering around. Also, the next book is pretty predictable. Mare spends her time with Maeven and sees that there is still a little bit of good in him. I feel like the plot is stuck in a rut and book 3 is going to make it worse. So we’ll see. There are other books on my shelf that I will read first.

“Anyone, anything, can betray anyone. Even your own heart.”

One of my best friends read this book a few years ago, but for some reason, I didn’t feel the urge to pick it up. I think part of it had to do with the mindset that this story was just like other YA novels and wouldn’t be anything new and exciting. Yes and no… I mean you have the typical romance, the gifted heroine, but there are a few twists that took me off guard and captured my attention.

“To look powerful is to be powerful.”

First off, I quite liked Mare Barrow, she was strong, independent, and kind. But I think my favorite aspect about her was the fact that she had a family; an actual, functioning family. This is so rarely seen in YA and the change was refreshing. As a girl with five brothers, I closely related to Mare and honestly, I wish there were more YA novels with big families. Now about the two princes… I really, really like*d* Maven. Ehm, we’ll leave it at that.

“Anyone can betray anyone.”

The writing style was quite good. It didn’t blow me away, but I wasn’t bored either. Although the latter is mostly due to the plot. One thing that kind of bugged me was Mare’s constant inner dialogue. It became rather tiresome after a bit.

The world building was gorgeous. I think it was one of the strengths of this story. The place that Aveyard created was so alive, so colorful, so unique. It was also one of the things that made this book stand out from other dystopian novels. But speaking of which… There were a lot of similarities too and I caught myself thinking, “I’ve read this before.”

Finally, there was some profanity, but there was no sex. Honestly, I was expecting it to happen, but thankfully, it never did.

I think I will definitely be reading the next book in this series so I can once more be part of this adventure.