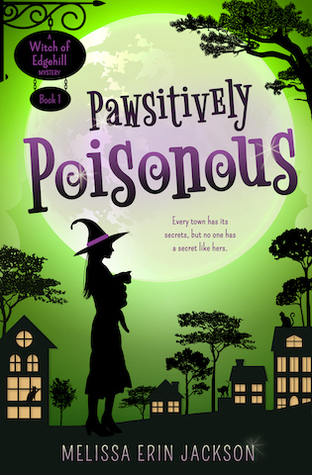 I could not put this book down! It was so good! Book #1 was amazing, but this one brought everything up to the next level.

Amber went from fearing and hiding her powers at all costs, to embracing them. She still had insecurities, but throughout this story, she became stronger and more confident. I loved the addition of Willow and Aunt Gretchen! It was really fun to see how Amber interacted with her family and other witches, and also to see what other witches are capable of. We didn’t get to see as much of Chief Brown as we did in the last book which was a little disappointing – I did end up liking that guy. But the tension with him that showed up at the end of book #1 was resolved. That was a huge relief! Ugh and Jack. At first, I thought he was sweet, but by the end, he was such a wimp. Poor Amber. I really hope she gets her happy ending.

The plot was thrilling and the villain’s ability to change faces was so intriguing and nerve-wracking. For a while, I had this theory that Jack was a Penhollow and that Amber and him would fall in love and break the curse. Honestly, though, I’m glad it didn’t end up that way. Which brings us to… You guessed it! The ending. It was epic and satisfying but left enough room for development. There are so many directions book #3 could go!

Lastly, this was mostly a clean read, but there was some language.

Altogether, I am super excited for book #3! I loved #1 and #2 and I can’t wait to see where Jackson will lead Amber next.

Thank you to NetGalley for providing an ARC in exchange for an honest review.