This was a captivating historical mystery set in London in 1858.

“It’s terrifying, to be on the verge of finally getting what you want.”

The characters were quite good. One of my favorite aspects about Mary was her ethnicity. It was quite refreshing to have a non-white protagonist. Further, Mary was independent and fearless; although, she felt a little distant since she chiefly focused on her work. Also, I’m not sure I am a huge fan of how she interacted with James Easton. At first, her sassiness was amusing, but eventually, it became slightly annoying. That brings us to James. He was sweet and kind and his fondness for Alfred Quigley warmed my heart. 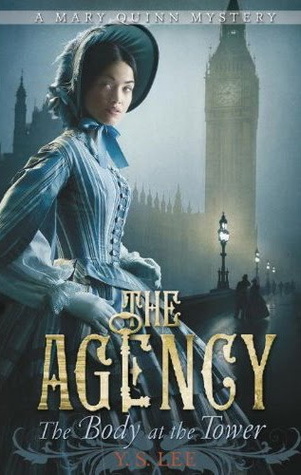 The plot was engaging and the mystery had me stumped – I was not expecting it to work out the way it did. I do wish, though, that there were a few more scenes of Mary in action. She was trained to be an agent, but much of her time was spent haggling with James or observing the Thorolds. Further, the villain was pushed to the side. I wish there had been a little more development in that area. And also the villain’s little spiel in which he/she reveals everything… A touch unrealistic and cliche.

This was mostly a clean read, but there were mentions of mistresses, erotica books (a detail I’m still confused about), and a bit of mild language.

Altogether, I really liked the idea behind this one, but I don’t think it was executed super well. Will I read book #2? Maybe. If it’s on sale or I find it at a second-hand store, but I won’t go out of my way to buy it.

Have you read this book or this series? If so, what are your thoughts?