Werewolves did you say werewolves? 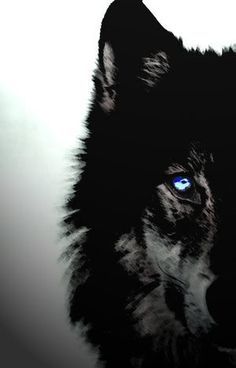 Some of you might know that I’ve been working on my second novel and at draft #3, I thought it was time to push it out into the big wide world. It is a bit different than my first novel – it’s a bit darker I think. And this kind of scares me. What if people hate it? But isn’t this something every writer deals with each time they publish a book? I suppose it is; although, after the first novel there are expectations. Don’t you think?

So anyways, my book is about werewolves. Werewolves?!? You might ask, rather alarmed. Yes, werewolves. I understand your surprise because often when people say “werewolf novel,” you think erotica or horror. (I cringe then gag even as the thought passes my mind) But why does it have to be like that? It doesn’t. I took the idea of shapeshifters, people who transform into wolves, and wove a clean story around it. There are two things I hold to in all of my writing: NO profanity and NO sex. Further, yes, they are werewolves, but they are humans too, and are even believers in God. (although religion does not take foreground.)

But you are probably growing impatient with my ramblings so I will introduce you to my latest project.

Two years ago, Sara Black was nearly killed by her own kind. Werewolves. As an omega, she doesn’t fit into the hierarchy of a pack and if they can’t control her, then they want her dead.

Sara thinks she is safe in the quiet town of Maybourne, until a hiker claims he was attacked by a wolf. The human authorities write it off as a coyote, but the victim’s description doesn’t match. That’s when werewolf Kieran Warrick shows up in town to investigate. He’s powerful and this makes dangerous. But for some reason, Sara can’t convince herself to leave. Maybe his bizarre claim is true. If it is, that means they are mates and belong together. Forever.

While they fight and struggle to build love and trust, the wolf attacks continue. But the only wolves Kieran can find are wild ones. Is this just ploy or are there really more werewolves in Maybourne?

Does this intrigue you? Do you have any questions about it? Anything at all? Then pop by the Contact page and send me a note. I’d love to hear from you!

Also, I will be looking for beta readers and reviewers. What is a beta reader? I’m so glad you asked! Wikipedia (https://en.wikipedia.org/wiki/Beta_reader) does a fine job of answering this: A beta reader is a test reader of an unreleased work of literature or other writing who gives feedback from the point of view of an average reader to the author.

If you are interested in beta reading or reviewing an ARC, please send me a note.

Have a lovely weekend!

5 thoughts on “Werewolves and my WIP”