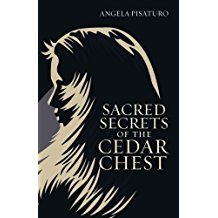 Veronica Wheaton is a wounded adult. She has suffered severe emotional trauma relating back to her childhood. Veronica allows those childhood scars and abuses to influence her career as a reporter. She is known as ‘stone-hearted’ Wheaton in the industry because of her ruthless and unfeeling pursuit of what she deems to be the truth.
But this time Veronica cross far over the line of what her boss is willing to tolerate. Only the Bible thumping, weatherman, Roy Gibbins, recognizes the pain she is in and stops at nothing to her help, even though she does not want his help. Veronica now finds herself on the road to self-destruction.

Firstly, let me take a moment to acknowledge the cover. It’s simple, but it’s also stunning and I think, it captured the essence of the story.

This was a beautiful story about a woman’s journey from being hurt and broken to becoming an entirely new person. At first, I disliked Veronica, the main character – I couldn’t get over how self-centered and childish she was. But I think that’s exactly what the author wanted! As I got to know the protagonist better through her everyday actions as well as through her reflections and memories, I began to understand her and even developed a soft spot for her. The bitterness that Veronica carried in her, was a result of a difficult childhood and I think this was portrayed admirably.

The writing, while not exceedingly fancy, was precise and enjoyable. Although the plot followed a different route than what I’m used to, I found myself sucked into it. Throughout the story, I truly wanted Veronica to work through the demons inside of her and find a happy ending. Lastly, this was a clean read – there wasn’t any immorality or profanity.

It was definitely a worthwhile read!